Édouard Manet and his paintings 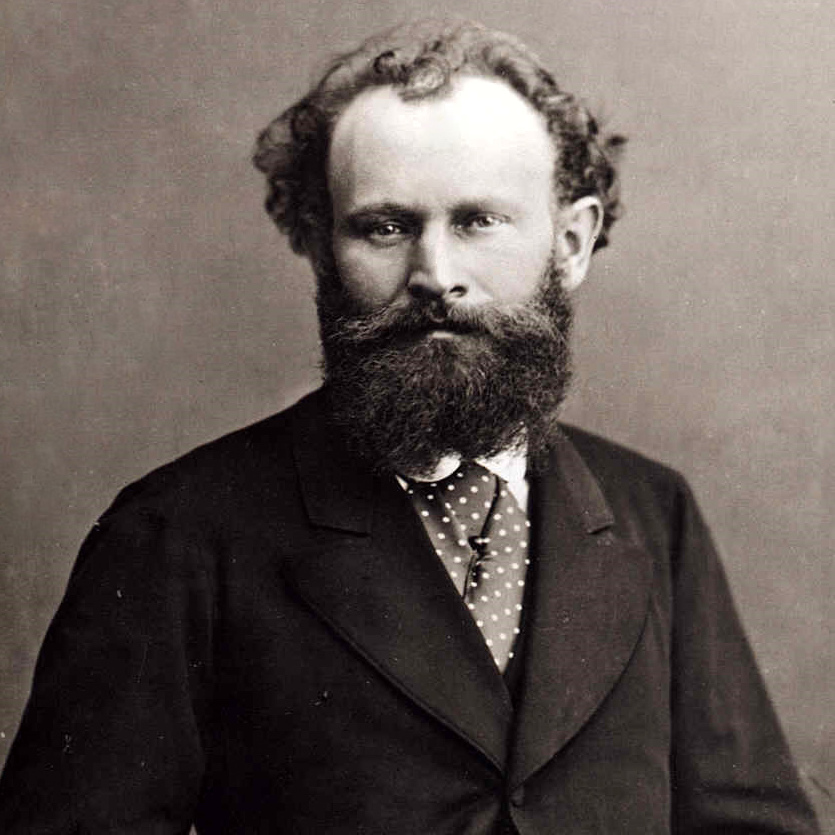 Known as one of the most controversial artists in his time, Édouard Manet has risen above his detractors to prove his genuine talent that is worthy of emulation. With several paintings that have inspired young artists during that era, he revealed how innovation is not always welcomed by the society, but it is one's gateway to the future. Discover the man who have lived through numerous criticisms to bring himself at the pinnacle of is success.

Born on January 23, 1832, in the bustling city of Paris, Édouard Manet was blessed to be a part of a well-off family. His parents were both highly recognized in their hometown, as his father was a reputable judge while his mother was of royal ancestry.

Early in his life, Manet knew that his ultimate desire was to become an artist, and he found support from his uncle to pursue this field. Along with his uncle, the two visited the Louvre where he found greater inspiration to improve on his artistic skills. In 1845, he decided to sign up for a drawing course, as he was encouraged by his uncle. It was during that time when he met a fellow art enthusiast, Antonin Proust, who soon became one of his dearest friends.

Although Manet developed a passion for the arts, his father had other plans for his future. In fact, he was forced to sail to Rio de Janeiro, so he could gain a membership to the Navy. However, he failed the examinations, much to his father's disappointment. Yet, his failure also paved the way for his father to rethink his aspirations for the young Manet, and he soon gave in to his son's ambition to become an artist. Hence, Manet was given that special opportunity to take up art education under the supervision of Thomas Couture.

To further broaden his knowledge and artistic skills, Manet travelled to several parts of the world including Italy, the Netherlands and Germany. His adventures during his trips have impacted his concept of various art forms and styles. In addition, he found inspiration from several artists including Titian, Caravaggio, Johannes Vermeer, Rembrandt, and Diego Velazquez.

Everything is mere appearance, the pleasures of a passing hour, a midsummer night's dream. Only painting, the reflection of a reflection - but the reflection, too, of eternity - can record some of the glitter of this mirage." - Édouard Manet

With ample experience and confidence in himself, Manet decided to open his very first art studio. His early works were inspired by Gustave Courbet, who was a realist artist. Most of Manet's artworks during the mid 1850s depicted contemporary themes and everyday life situations including bullfights, people in pavement cafes, singers, and Gypsies. His brush strokes were also rather loose, and the details were quite simplified and lacked much transitional tones.

However, he progressed from these themes and created artworks that were more of historical and religious in nature. For instance, he painted various images of the suffering Christ, and two of these were displayed in two prestigious art museums in the United States. Two of his other canvases also hang at the Salon, which was a major accomplishment among artists during this period.

One of his paintings that was featured at the Salon was an image of his parents, although this received little praises from art critics His other work called The Spanish Singer gained better recognition from artists and art enthusiasts who frequented the Salon. Thus, this painting was given a more distinct place in the Salon, so it could be seen by more people.

According to critics, Manet's paintings had strange and less precise appearance, when compared side by side with other paintings featured at the Salon. However, it was his unique style that caused intrigue, excitement and fascination among young artists who began to see his artworks in a whole new light.

In Paris, one prestigious way for artists to introduce themselves to the public is by having their artworks displayed at the Salons. This was not an easy task, though, since Salon juries were so strict and meticulous in screening submitted artworks that were to be exhibited. Fortunately, Manet gained the approval of juries when he submitted The Spanish Singer, his painting that earned him an honorable mention from the Salon.

However, Manet came across numerous critics during the 1860s. When the Salon des Refuses was formed, he decided to display his paintings that shocked several people. Primarily, it was the artist's odd choice of subjects that bewildered critics such as the appearance of nude or barely-dressed women in his paintings. They were not impressed by Manet's style, despite his originality and uniqueness. This has led to more attacks and negativity toward the artist's artworks.

In 1864, Manet submitted more of his works to the Salon, yet these were all harshly criticized by fellow artists and intellectuals. His painting entitled Incident at a Bullfight was viewed by critics as a piece of artwork full of errors in terms of perspective while The Dead Christ and the Angels left others unimpressed due to lack of decorum. He was attacked for making Christ's body resemble a dead coal miner's body instead of someone ethereal and spiritual, which was what the actual Christ was like. The lack of spirituality and realistic tones in the painting failed to meet the approval of most critics.

The same comments were cast upon his other artworks, particularly those that depicted modern scenes. Olympia, one of his most controversial paintings, disappointed most art critics not only because of the theme but Manet's way of presenting the subject. The image of a nude woman in that painting did not seem acceptable or decent enough to the eyes and perception of these critics. While "Olympia" was the subject of caricatures in the popular press, it was championed by the French avant-garde community, and the painting's significance was appreciated by artists such as Paul Cézanne, Claude Monet, Pierre-Auguste Renoir, and later Gauguin, and Van Gogh.

Manet's paintings were influenced by the Impressionist, yet he was uninterested in becoming involved with exhibitions during this era in art. He was more keen on displaying his works at the Salon, so he could avoid any notions that he was a representative of the impressionist style of painting. Although Manet was also fond of using lighter colors, his paintings often had a hint of black, which was not typical in most paintings during his time.

Final Years of His Life

His last work was called A Bar at the Folies-Bergère, which was displayed at the Salon, in 1882. Prior to that year, he received a special award from the French Government, which was the Légion d'honneur. It was one of the highest form of recognition that he has received throughout his life.

Since 1880, Manet suffered from serious medical conditions, which was also one of the reasons why he was forced to receive treatment at Bellevue. Thus, he decided to rent a villa in the quieter side of Paris' suburbs. It was in this location where he painted a portrait of his wife, Suzanne Leenhoff, the last of the numerous portraits of his wife that he completed. He remained passionate about art even until his untimely death, in 1883. Besides 420 paintings, Manet left behind a reputation that would forever define him as the first of the moderns, and a bold, influential artist.

Music in the Tuileries Garden

Self Portrait with Palette